Considered as the cult and sacred place for each Georgian, Mtskheta, the ancient capital of Georgia is located 20 km from Tbilisi. Nowhere in Georgia is there such a quantity of sacred and cult places as in Mtskheta. This is the reason why this ancient city is also named “the Second Jerusalem”. It is there that St. Nino of Kappadokia brought the good message to. It is there that one of the greatest relics of the Christian world, the God’s Tunic, is kept. It is there that streams of Christian pilgrims and tourists from all over the world flow to. The main attractions there are: one of the most ancient and esteemed temples – Svetitskhoveli Cathedral and ancient Dzhvari Monastery. They both are unique amazing samples of religious architecture of the medieval Caucasus.

Mtskheta is located at the confluence of the two mountain rivers, the Aragvi, and the Kura on the river terrace surrounded by majestic mountain tops. The city legend says that Mtskheta was founded during times immemorial by the legendary ruler Mtsekhotos, the son of the first king of Kartli, who named the city in his honor. 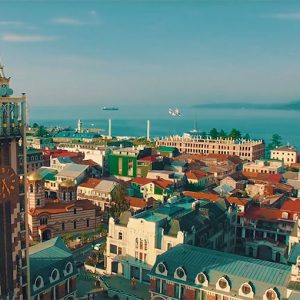